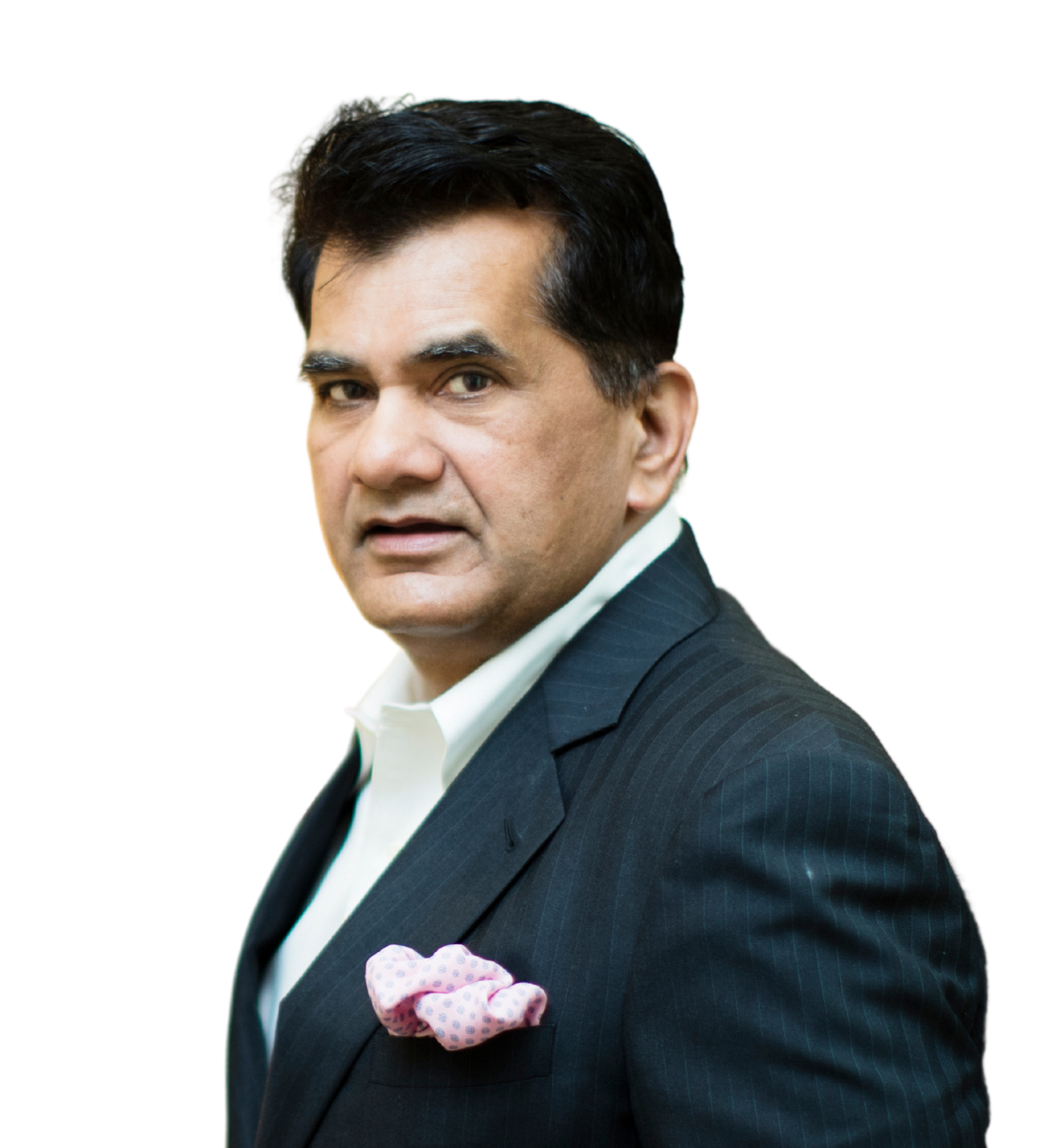 Amitabh Kant is presently India’s G20 Sherpa. The G20 or the Group of Twenty is a forum where policymakers of industrialized and developing economies meet to discuss key issues in the global economy. The G20 countries account for 85% of global GDP, 75% of world trade and about two-thirds of the world’s population.

Amitabh Kant is a governance reformer and a public policy change agent for India, having driven key reforms and initiatives during his tenure as the Chief Executive Officer of the National Institution for Transforming India (NITI Aayog) (2016-2022) and the Secretary of the Department for Industrial Policy and Promotion (DIPP) (2014-2016), Government of India. He has been a key driver of flagship national initiatives such as Startup India, Make in India, Incredible India, Kerala: God’s Own Country and the Aspirational Districts Program. These initiatives have repositioned India and Kerala and have widely been recognized as transformational.

The National Institution for Transforming India (NITI Aayog) is India’s apex policy-making institution, with the Prime Minister as its Chairman. As CEO of NITI Aayog, Kant has driven a vast range of national-level developmental and policy initiatives which catalyzed India’s social and economic development and have brought about a paradigm shift in policy-making.

As Secretary, DIPP Kant has driven the Start-up India movement which has led to India emerging as the third-best ecosystem for startups globally, with over 70,000+ start ups and over 101+ Unicorns. His focus has been to facilitate Ease of Doing Business (EoDB) through predictability, consistency of policies and elimination of rules, regulations and procedures. This led to India jumping 79 positions in Ease of Doing Business Indicators. He also initiated competition and ranking amongst Indian states based on their EoDB indicators. The competition and ranking has led to a transformational impact on States.

Prior to his appointment as the CEO of NITI Aayog, he served as the Secretary of the Department of Industrial Policy and Promotion at the Government of India (2014-16). As Secretary, he vigorously drove the Ease of Doing Business initiative and ranking of States on outcome parameters.

These initiatives have led to India making a quantum jump in the World Bank’s Ease of Doing Index and enabled Indian States to compete in the spirit of competitive federalism.

Amitabh Kant also served as the Chairman and CEO of the Delhi Mumbai Industrial Corridor Development Corporation (DMICDC) (2009-14) which is now known as NICDIC. The project was aimed at the development of futuristic, smart industrial cities in India which will converge and integrate next generation technologies across sectors. During his tenure with the central government, he has also worked as CMD of the India Tourism Development Corporation (ITDC) and as Joint Secretary of the Ministry of Tourism. (2001-2007)

Tenure with Government of Kerala

As part of his tenure with the State Government of Kerala, he served as the Secretary of Tourism, Managing Director of the Kerala State Industrial Development Corporation, District Collector of Kozikhode and the Managing Director, Matsyafed(Apex Fisheries Federation for transforming lives of traditional fishermen through technology) among numerous other assignments.

In Kerala, he structured the Calicut Airport as a private sector project based on User’s Fee basis and developed the ManachiraMaidan as a rejuvenative urban project in the heart of Calicut city.

Amitabh Kant is the author of the following books:-

He is a Member of the Steering Board of “Shaping the Future of Production Systems” of World Economic Forum (WEF) and also a Champion of the EDISON Alliance of the WEF, the aim of which is to deepen digital inclusion across health, education and finance for developing nations across the world.

He is Member of the Regional Action Group on South Asia. He served as Chair of the Regional Strategy Group India from 2017 to 2020. He also served on the Management Board of the OECD- International Transport Forum (ITF), the world’s only inter-governmental agency for Transport.

Amitabh Kant did his schooling from Modern School, Delhi, graduation in Economics (Hons) from St. Stephens, Delhi University and M.A from Jawaharlal Nehru University. He is a Chevening Scholar. He has also undertaken a mid-term course with John F. Kennedy School of Government, Harvard University and Indian Institute of Management (IIM), Ahmedabad.