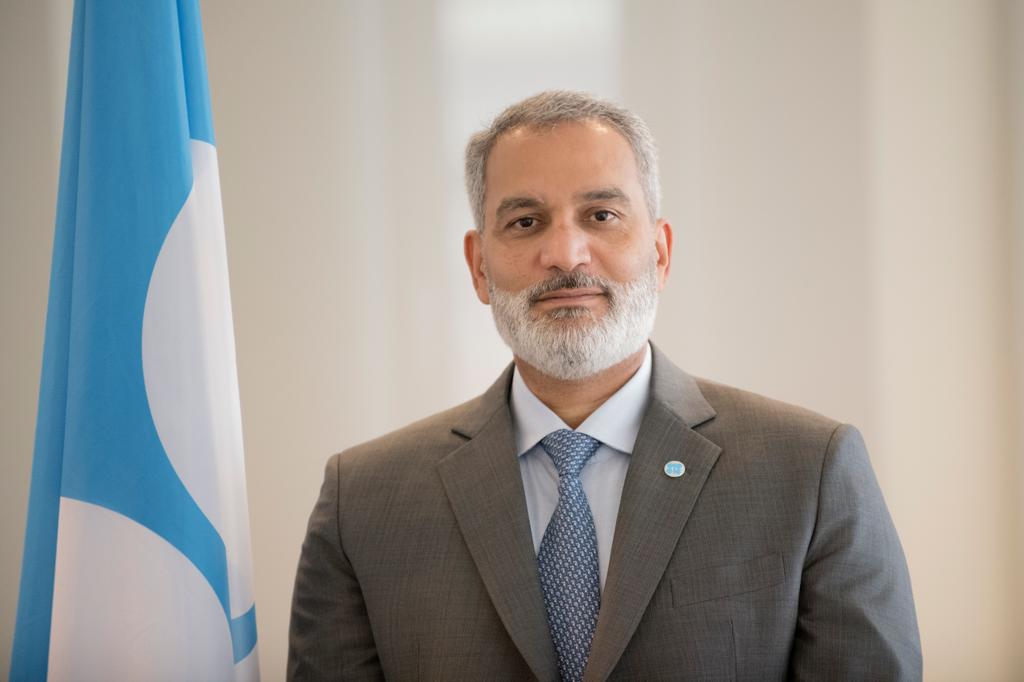 His Excellency Mr. Haitham Al Ghais of the State of Kuwait began his tenure as Secretary General of OPEC on 1 August 2022.

With 30 years of experience in the global oil and gas markets, H.E Mr. Al Ghais managed international and regional teams worldwide: in Kuwait, Beijing and London.

In 1991, he was appointed Diplomatic Attaché in the Kuwait Ministry of Foreign Affairs, working closely with the Deputy Prime Minister and Foreign Minister. In 1993, H.E Mr. Al Ghais joined the Kuwait Petroleum Corporation (KPC), in the International Marketing Sector, and has since held multiple managerial functions, including Crude Oil Marketing Representative; International Marketing Sector; Head of KPC’s Regional Office in Beijing, China; Manager of KPC’s European Regional Office based in London, UK; Market Research Manager, Kuwait; and in 2021, H.E Mr. Al Ghais was appointed as KPC’s Deputy Managing Director for International Marketing, responsible for overseeing the development of the market outlook for KPC’s international marketing plans and participating in the drawing up of KPC and strategic long-term plans.

H.E Mr. Al Ghais has had a leading role in the historic Declaration of Cooperation between OPEC and non-OPEC oil-producing Countries, facilitating the development of the methodology of monitoring conformity to the production adjustments. In 2017, he was appointed as the first Chairman of the Joint Technical Committee (JTC) and has subsequently participated in over 53 JTC meetings and over 32 Joint Ministerial Monitoring Committee (JMMC) meetings. Between 2018 and 2019, H.E Mr. Al Ghais was also the leader of Kuwait’s team involved in finalizing and signing the Charter of Cooperation between OPEC and non-OPEC producing countries.